The ancient South American city of Caral is several thousand years old and long abandoned. Only a few finds and half-crumbled ruins tell of the city’s former heyday. Today we would like to find out what led successful designer Klaus-Jürgen Wrede to bring the Caral excavation site back to life in a fictional game. Thanks for taking the time for us, Klaus-Jürgen! 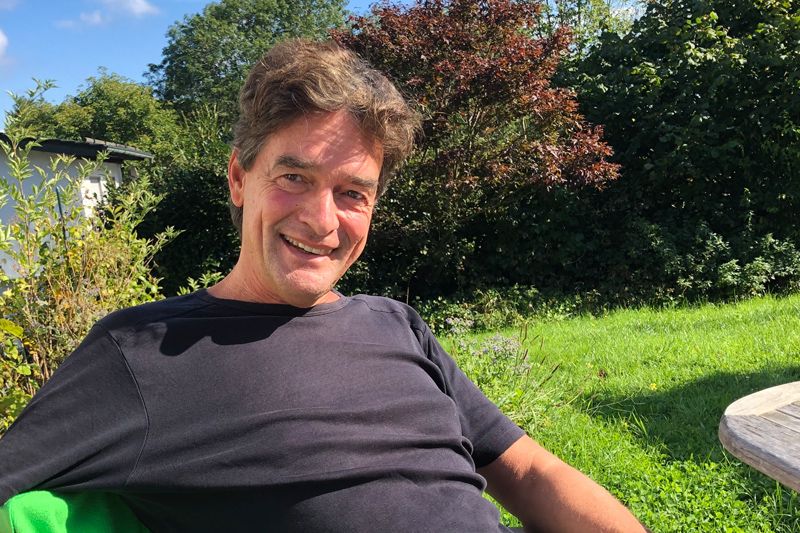 Funtails: You like to travel the world. Why did Caral become your destination?

Klaus-Jürgen: 20 years ago I heard about the discovery of the oldest city in South America. Caral is more or less 4,600 years old! At that time there was almost no information about the place. Even today it’s very difficult, because it’s hardly explored. But I already had the intention back then to make a game about this city and its culture; That’s where I started – with the knowledge I had about Caral at that time. But it wasn’t until I visited the excavation site in 2016 that I was able to really work on the game in more detail and also with more inspiration, and finally finish it.

Funtails: So you wanted to create a game about Caral ever since it was rediscovered in 2001, but the pieces only started to come together after visiting the excavation site in 2016. What inspired you about Caral?

Klaus-Jürgen: It’s a great feeling to visit a place like this, which was discovered and excavated just a view years earlier. Despite feeling that it was once a special place, it is very difficult to imagine exactly what life was like there. Especially as very little is known about the culture of the people who created these impressive buildings.

But you can feel that the place and the entire valley – which is full of religious sites and temples, was a special and spiritual place full of life back then. 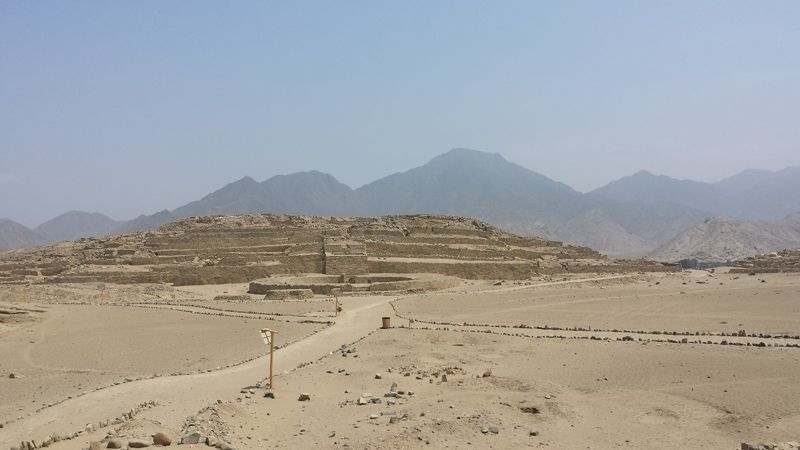 Funtails: What was the spark that drove you to develop the game?

Klaus-Jürgen: Clearly the theme. I really like old religious sites and cultures, temples and cults in their very special form. When I heard about Caral, I was immediately hooked. I am personally interested in what kind of culture it was and how it may have influenced later developments. And this culture is very unexplored and thus mysterious. This triggers an incredible fascination in me.

For example, why did they put so much energy into building huge temples? How was their ordinary life? These are the kinds of questions that keep me busy.

I am very fascinated by the huge central temple in the city of Caral. It’s also a central aspect of the game, because everything moves to the center towards this temple. 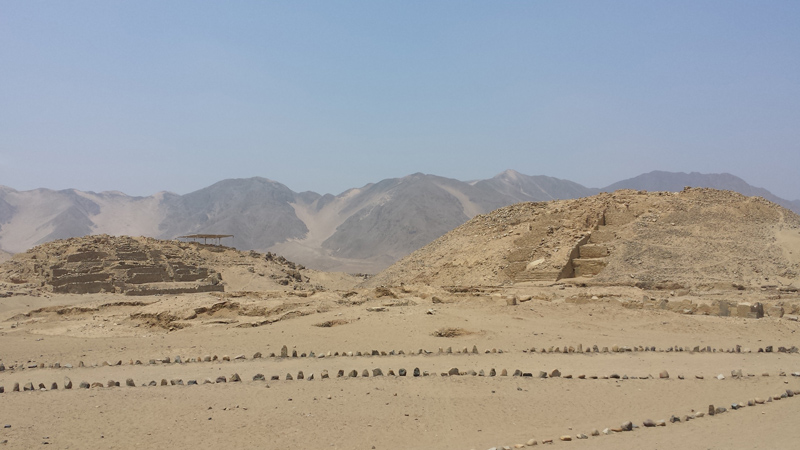 Funtails: What can players expect to experience when they dive into a game of Caral?

Klaus-Jürgen: I want them to imagine to be part of the people who are enthusiastically building one pyramid after another in a blooming city that will have to be abandoned at some point, only to be excavated 4,600 years later. In the game you usually start several pyramids, because you can’t finish one right away. However, there are always other important tasks that may take priority and delay construction.

Nonetheless, there is constant pressure to finish the pyramids: An architect who always pushes you forward, because you are never allowed to build behind him on the spiral path to the center; the other players who move forward to the central temple and thereby end the round prematurely; and a lot of things that you should actually still do on the way.

So you have to decide how you want to balance all those opportunities and needs, as you just can’t do everything you would like to in time.

I like that kind of dilemma in a game.

Funtails: How much time did you spend developing Caral?

Klaus-Jürgen: Oh, quite a lot! The game is very close to my heart: In the year of the rediscovery of Caral my first game was awarded “Spiel des Jahres”. And I like the name Caral very much; it has a certain similarity to the title of my first game… 😉

Caral is full of fascinating secrets. I knew that at some point I would make the game CARAL. But it took many attempts; it was very complex and again and again I simplified and tried to bring everything to the point. After the visit of Caral in 2016, I worked more consistently on CARAL – until it was as I imagined it… added up, that took certainly 5 years.

Funtails: Why did you choose Funtails for your game idea?

Klaus-Jürgen: I know Steffen very well and I was also involved in Glen More II: Chronicles. So it actually came naturally when we tested prototypes together at some point.

I am very happy that Funtails is releasing this game of mine. CARAL means a lot to me and it turned out super nice! 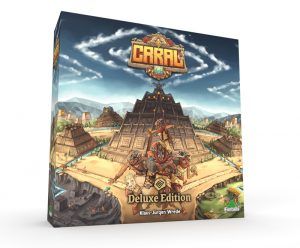 Funtails: What do you think about the cover illustration by Hendrik on the game box?

Klaus-Jürgen: The illustration is great! This applies not only to the cover, but the entire game. I really appreciate Hendrik as an illustrator! He does a great job and I was already thrilled with Glen More II. I was happy to win him for my game Fire & Stone as well. It’s great that he is now illustrating CARAL!

THANK YOU at this point, Hendrik, for the great work! 🙂

The interview was conducted by Janine Taplan.

CARAL will launch on Kickstarter on October 19th!
Click here to visit our Kickstarter preview page.

We are also at SPIEL in Essen! Visit us at booth 1B103. We will have CARAL with us!