Who is behind these fantastic games?

We founded funtails to take the quality of board games to the next level. We stand for the highest quality in game mechanics, balancing and also in regards to game material!

Maintaining our high funtails quality is only possible with committed and capable colleagues. You can get to know them on this page. 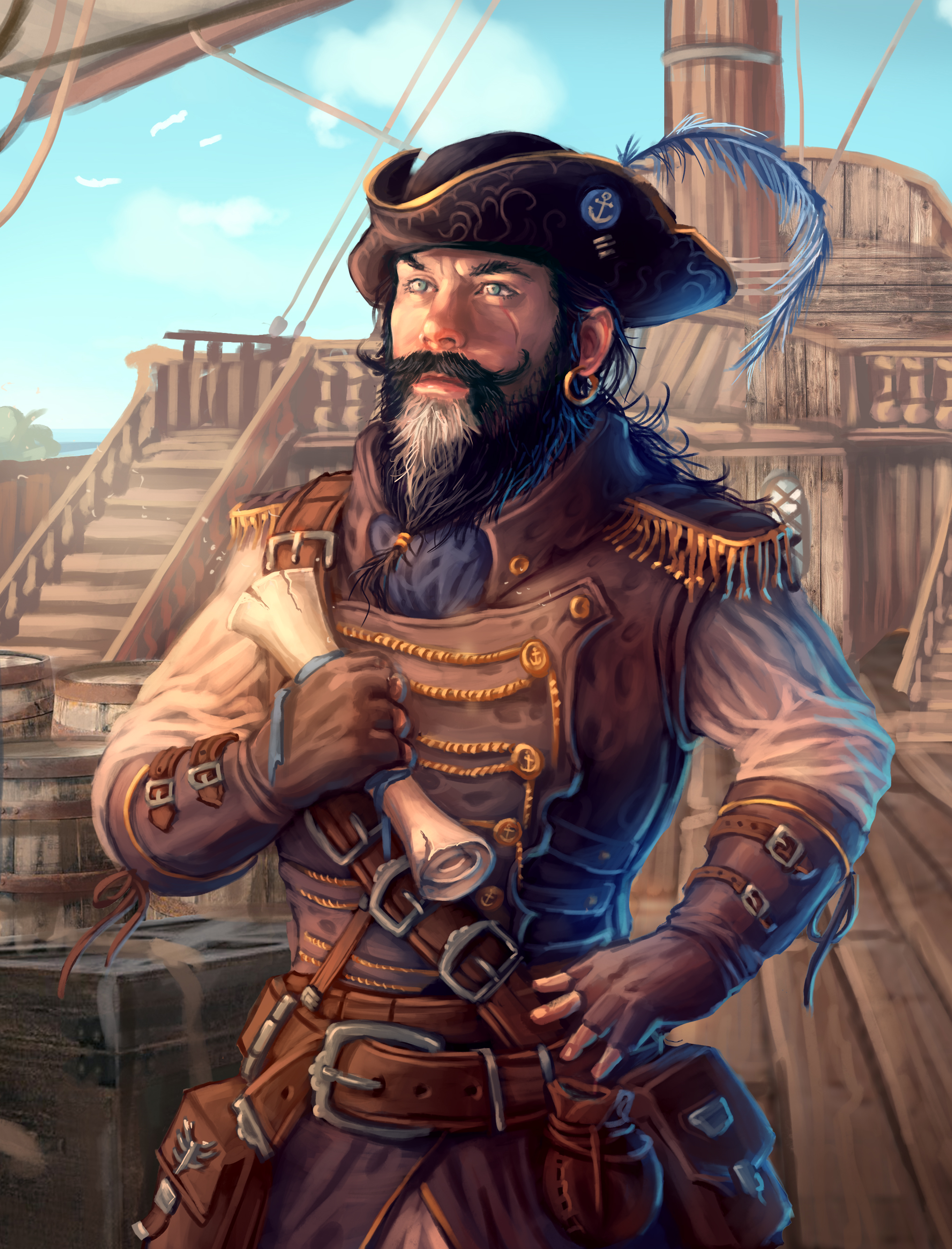 Maikel spent his childhood in South Africa and enjoyed a creative multi-culti education. He studied computer science in Germany and discovered a great fascination for the art of expressing logical operations in code as a software engineer.

Maikel loves to get involved in all sorts of social games and can’t stand a weekend without a good board game night. That combined with the urge of always wanting to create something new, led him to devote all of his free time to design Feed the Kraken as an aspiring board game author. When he ended up working on that game together with the entire Funtails team, Maikel was soon converted and is now a loyal follower of our cult – err … I mean a valuable member of our editoral stuff. 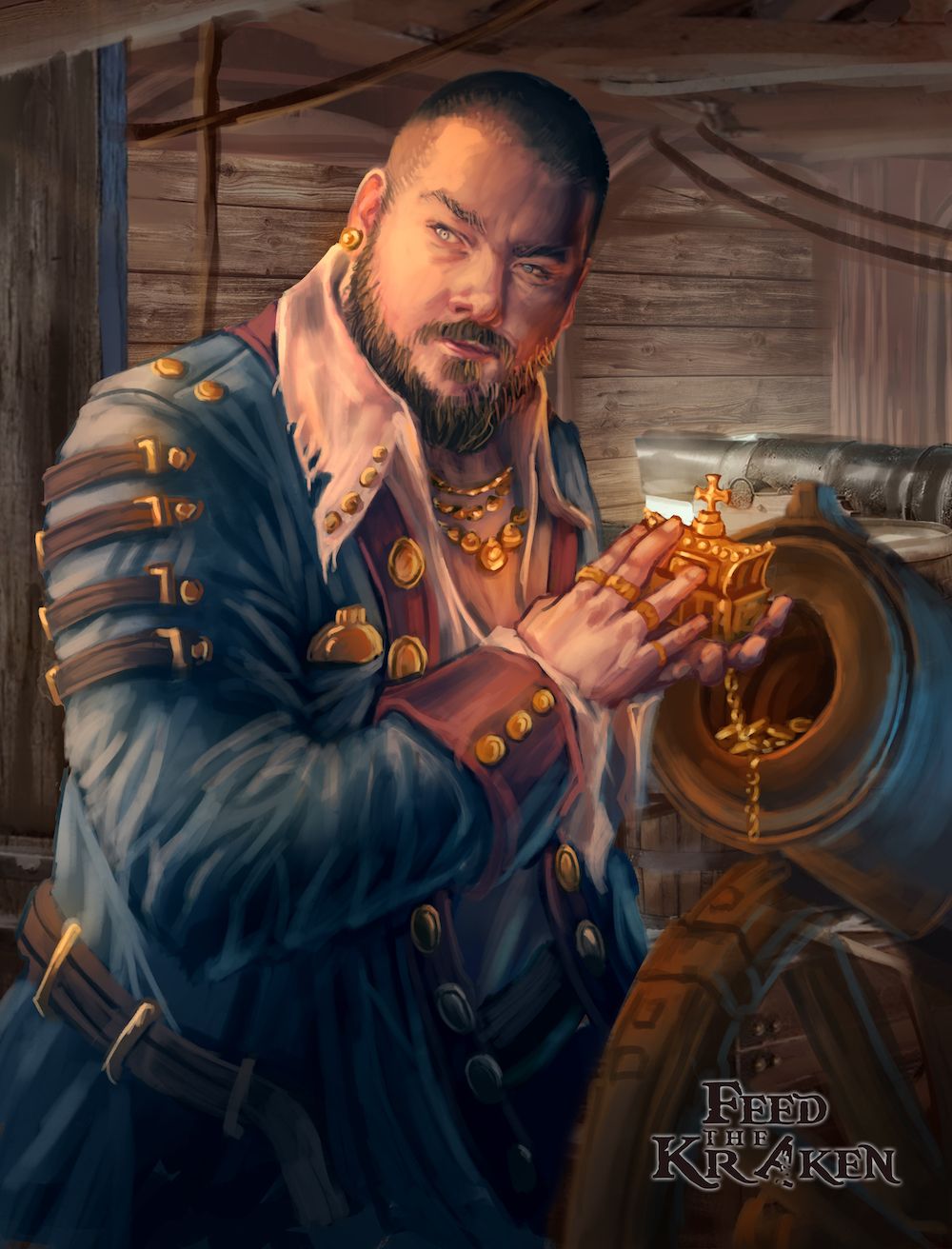 Despite of a lifetime as a passionate gamer geek, my career path had taken me to other realms at first. In 2011, however, I took the opportunity to study game design at the Mediadesign Hochschule Düsseldorf as a secondary education in the field of video game development. I already dedicated my bachelor thesis to the world of board games, but then I worked for various computer game companies, including Daedalic Entertainment Studio West on the game “The Long Journey Home”. I had already met Steffen during my studies, but he doesn’t remember it anymore! 😉

In 2019 I finally got the chance to professionally pursue my passion for analog games as a co-founder of Funtails. My areas of responsibility range from editorial work to our work on Kickstarter campaigns, the digital implementation of our prototypes and customer support. In 2020 I would finally like to work as an author to fulfill my heart’s desire. 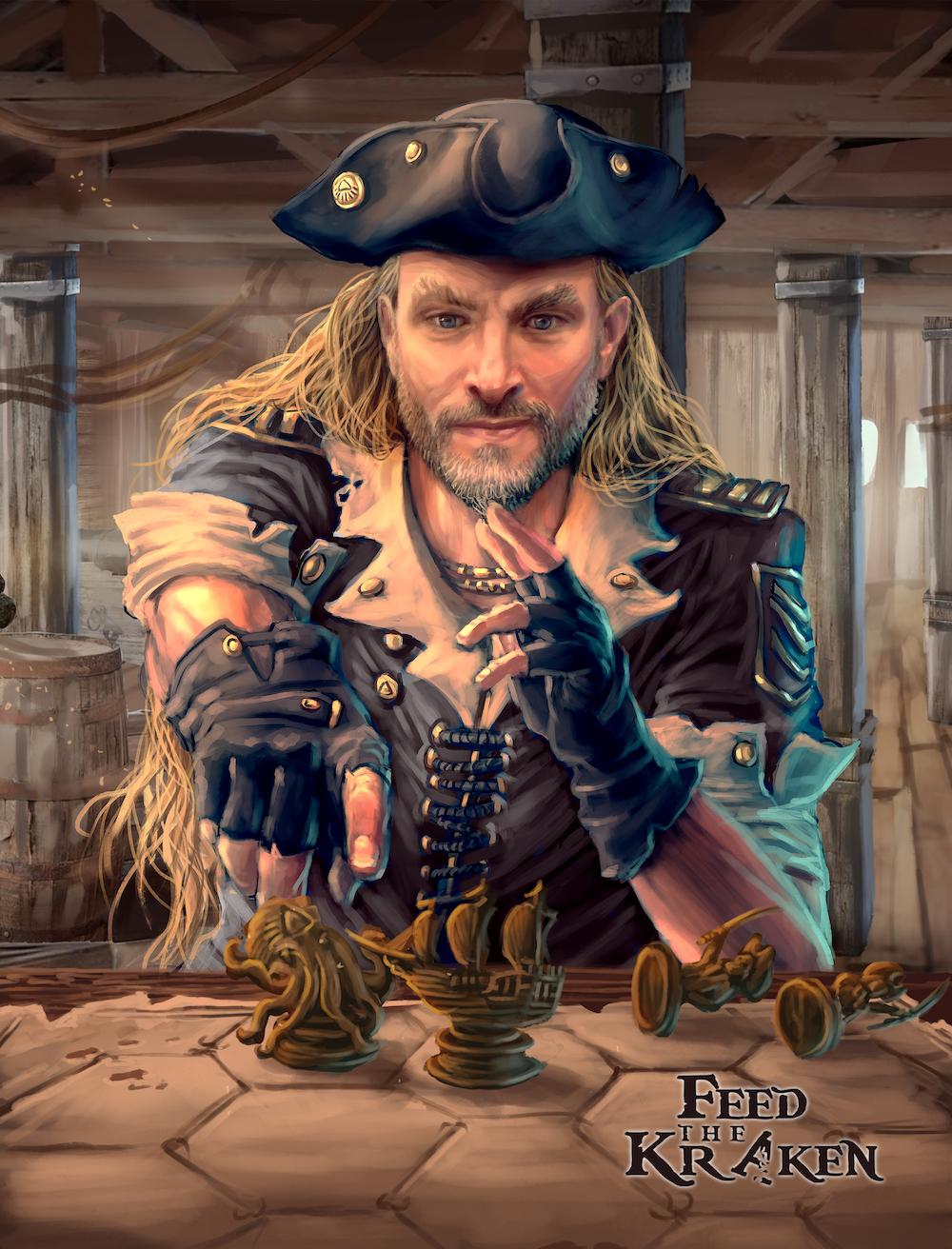 To understand the human skills used in data analysis and problem solving, I first studied computer science, then philosophy, psychology and sociology. For my doctoral thesis, I then specialized in logic, language philosophy and brain research.

But since childhood my greatest interest has always been gaming – whether it was cards, dice, on a board or on a computer. For over ten years I was one of the most successful players in the world in various trading card and miniature games. In addition to many other titles and tournaments, I won six German national championships in three different games, became Player of the Year and won the World Championship in the World of Warcraft trading card game.

After more than a decade as a professional player, I’ve developed amazing analytical skills, even when it comes to creating games. I am now using these skills as boardgame editor at Funtails to turn games like Feed the Kraken and other future titles into balanced and exciting masterpieces. I forge the game structure and the rules into a whole new experience, which allows you to fully immerse yourself in the story. Therefore you will be excited to take our games off the shelf and play them over and over again! 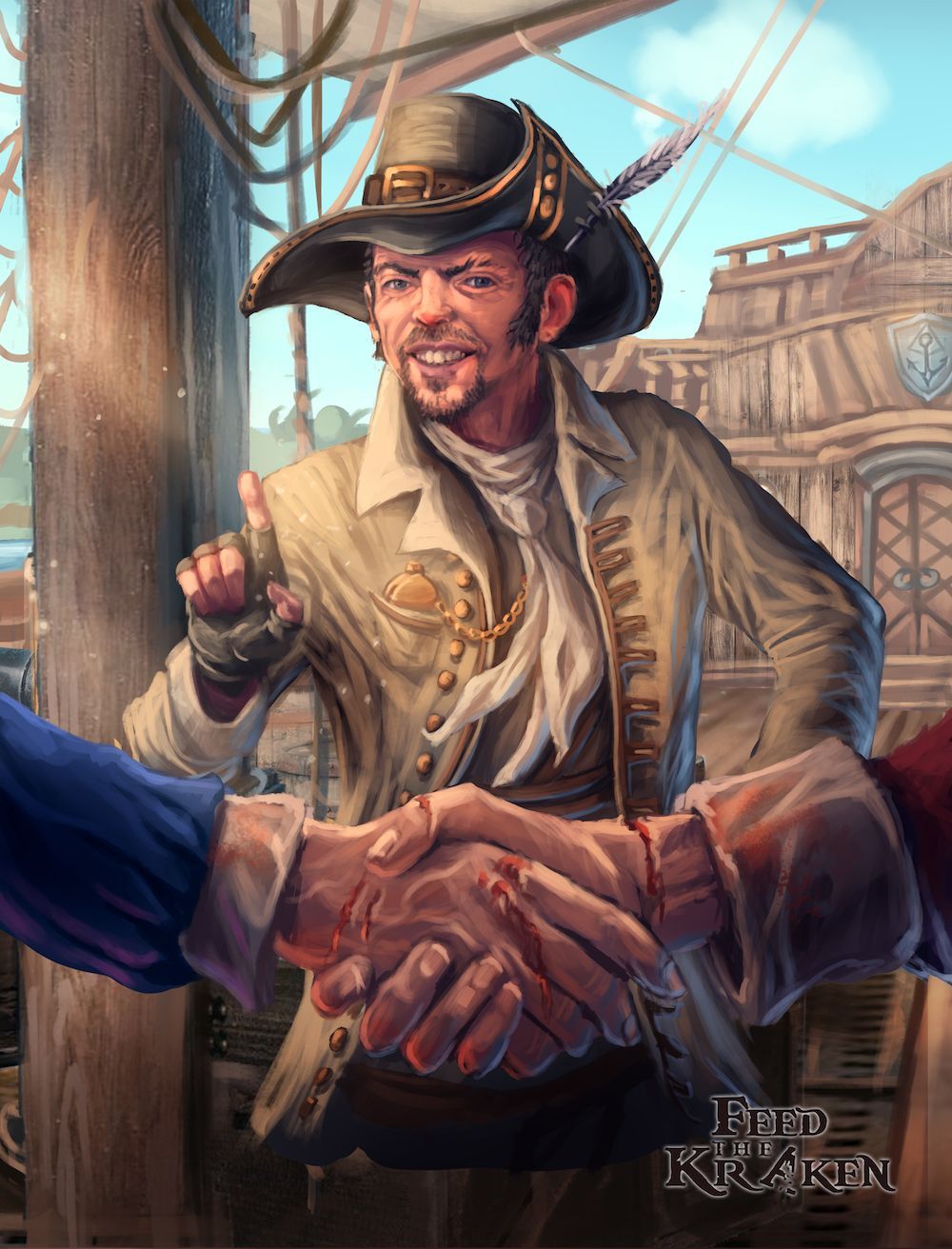 I worked in the video game industry for almost 20 years and was most recently involved in the design of excellent board and card games apps for various platforms. These include “Camel Up” (Game of the Year 2014) and “The Game” (Nominated for Game of the Year 2015).

After my two-year professional field trip in advertising technology, I decided to devote myself professionally to “analogue entertainment” in 2019. Since then, as a freelance graphic designer, my first project in this area was working with the great people of “Funtails” on their board game highlight “Glen More II: Chronicles”.

By the way, board games are also one of my biggest hobbies privately. I organize regular board game evenings in Siegen and the surrounding area, as well as a popular board game weekend in Daaden for some years now. My next big goal is to develop my own game ideas and get them published. 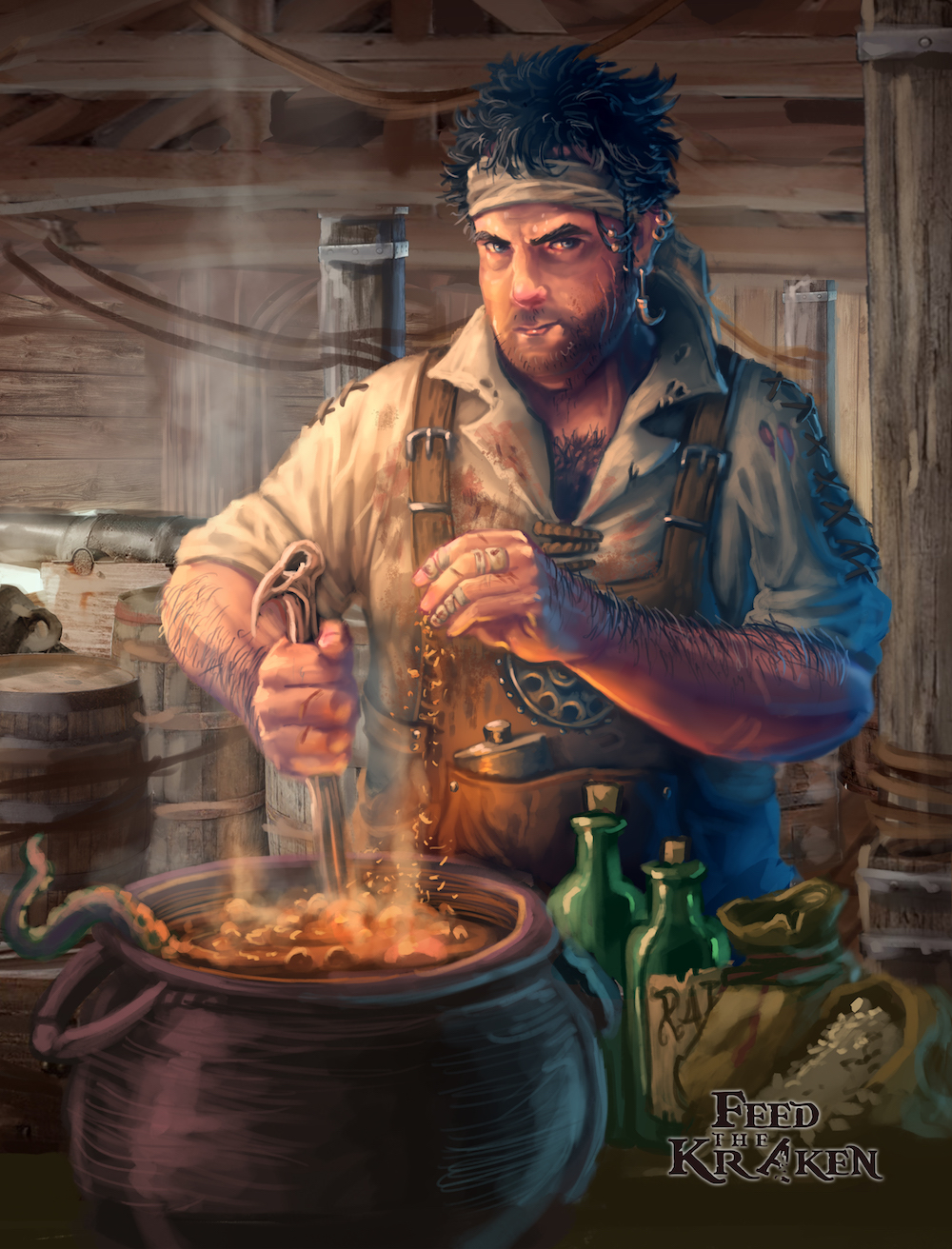 Games have been with me all my life: I assembled my first game with objects from the trash can (my mother claims).
In the mid-1980s I developed my first game, a play-by-snail (!) Mail game called Vangor. Through detours in live role playing as a co-founder of the dragon forge (DRACON1), I came into video game development in 1999 as a product manager, producer, storywriter and designer, among others at Piranha Bytes (Gothic) and Electronic Arts (Battlefield 1942, Knights of the Old Republic). Together with Andreas, I launched the board game podcast “Die Würfelwerfer”, which will celebrate its 50th episode in 2020.

In addition to business matters, I also take care of business development and editing. Occasionally I teach production knowledge and game design, for example at the HTW in Berlin. 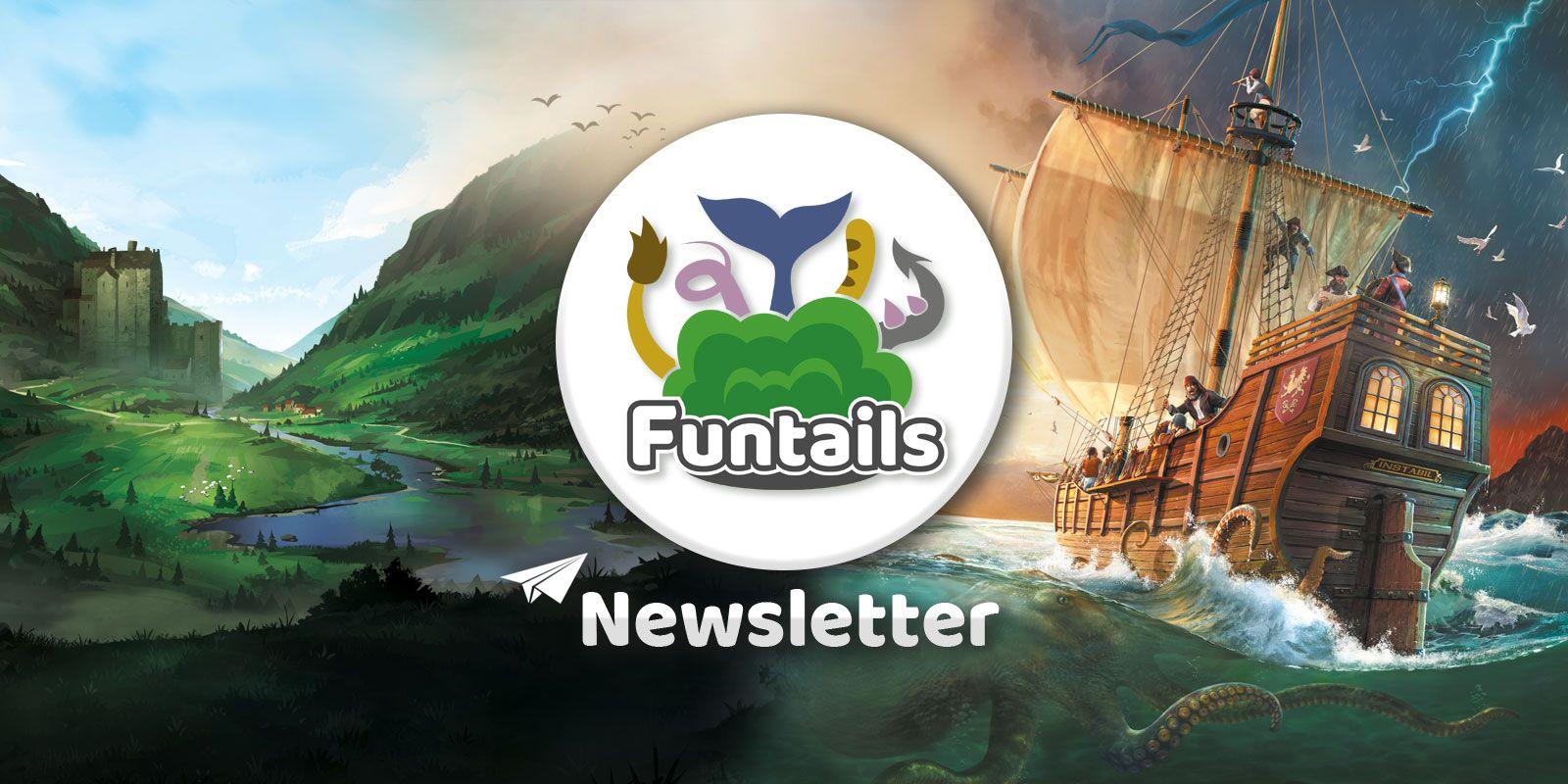