What ideas has Klaus-Jürgen implemented in Caral?

In the last interview we learned what inspired Klaus-Jürgen to create CARAL and why he came to Funtails with his game. He told us what kind of gameplay CARAL evokes and how much development time went into the game. Now, of course, we want to know more about the game design. Thanks for taking the time for us again, Klaus-Jürgen! 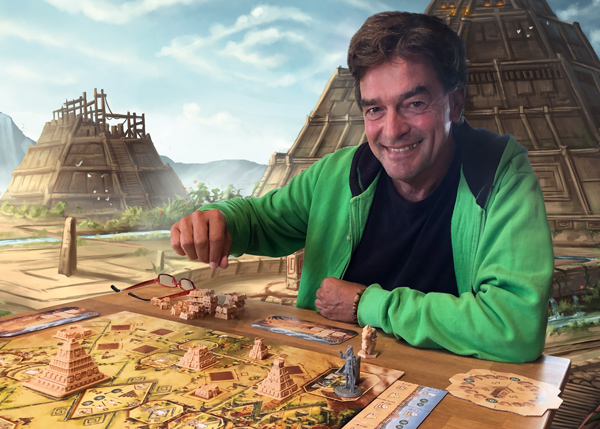 Funtails: Do you have a specific approach when you start to design a game?

Klaus-Jürgen: I almost always develop games based on the theme. This was already the case with Carcassonne or Pompeii and has never changed. Exceptions are of course dice games etc. 😉

On big board games I always work very thematically and collect information about the culture, the place or the history. That’s why I often develop my games after traveling.

In the case of CARAL, I had the idea before the trip, but after the visit to Caral and the impressions gained there, the work went much better.

Funtails: You are known for creating games that are considered accessible. Why is this aspect so important to you and how did you implement it in CARAL?

Klaus-Jürgen: I like it very much when the access is made easy for the players; when the game is intuitive and the complexity unfolds only in the course of the game. A game becomes complex or complicated all by itself: Quickly inserting a rule here to balance something out; adding something there and interlocking it anew… It’s much harder to make a game work in its simplicity while keeping it to the point. I always had these aspects in mind when developing for CARAL.

My game was initially much more complex and had many more rules. In the development process, I kept reducing both. I wanted to create a good game without a long set of rules.

But despite the simple rules, CARAL offers many tactical possibilities and the complexity can be increased by the modules included in the game. They  can be freely combined and make the tactical considerations more complex. Thus, one can always discover new aspects of the game.

Funtails: Aside from that, are there any particular principles that you follow in game design in general? Or anything that you’ve placed a particular emphasis on with CARAL?

Klaus-Jürgen: Actually, no. I think that principles (can) also make life difficult. You always have to stay open for further game developments. Otherwise you stand still and always cycle around the same thing. But this danger always exists—it’s only human. 😉

But maybe my principle in development is to stay open and to have as few principles as possible. 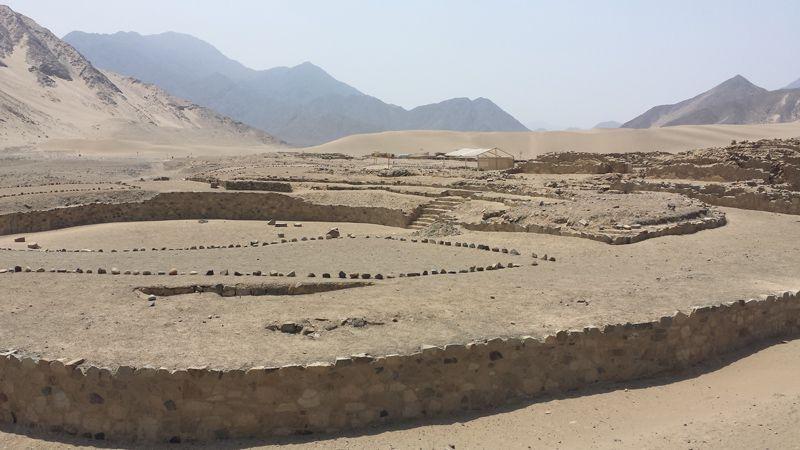 Funtails: What is your favorite mechanic in CARAl?

Klaus-Jürgen: Back then the central temple must have played an incredibly important role in Caral. It is surrounded by many other temples and is huge in its dimensions.

This aspect was very important to me. That’s why the central game mechanics are focused on this temple. Through the architect, you are driven more and more into the center of the board—towards the central pyramid.

Since action squares behind the architect can no longer be activated and the architect always moves forward, you always have pressure. This is especially true if you actually want to do a lot on the way.

But you might also move quickly to the temple and end the round (usually to the annoyance of the other players, who have other plans). This in turn gives you advantages at the upcoming annual ceremony.

So the meaning and role I ascribe to the central pyramid is strongly reflected in the mechanics. This also supports the spiral alignment of the path. That was my basic idea for CARAL. I still like it very much and it provides an exciting gameplay experience. 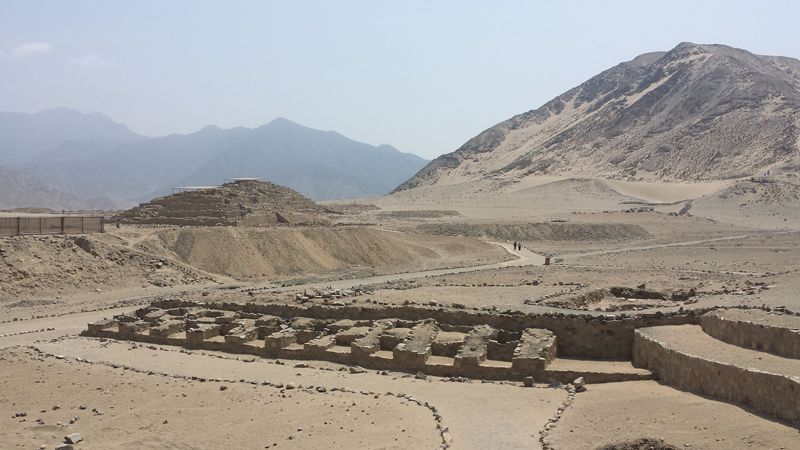 Funtails: Together with our chief editor Hans, you have added additional modules to the game. You just mentioned the modules, but which one do you find especially clever?

Klaus-Jürgen: I like them all, honestly. They all bring new and interesting aspects to the game. You can combine them in any way you like. And that creates completely different game experiences.

I like the Status Cards. They bring new tasks and another race for certain goals into the game. That makes for even more excitement. I also like the Anaconda in its simplicity, while the Emissaries are more complex again.

Depending on your taste and desired complexity, you can add the modules and thus vary the game greatly each time.

And I still have enough ideas for more modules, so it always remains exciting to play CARAL! 🙂

Funtails: Have you discovered the Easter Eggs on the game board yet?

Klaus-Jürgen: Yes! Excellent! I really like the hidden details in the graphics. There is a lot going on in Caral. For example, there are people who already played CARAL back in Caral! 🙂

Funtails: The Kickstarter launches on October 19th. Are you nervous?

Klaus-Jürgen: Yeah, right! I already am a little bit. When you’ve worked on a game for so many years, and you like it and care about it, it’s always exciting to see if other players like it too and are interested in playing it!

Dear players, I really hope that you like CARAL!

The interview was conducted by Janine Taplan.

CARAL will launch on Kickstarter on October 19th!

We are also at SPIEL in Essen! Visit us at booth 1B103 if you want to see our Kickstarter live!