The Highland Games in “Sticks & Stones”

The Highland Games are a Scottish tradition that gave our first expansion to Glen More II its name. Guest author Jonathan “Jonny Pac” Cantin chose the Highland Games as theme for his Chronicle “Sticks & Stones”.

In Sticks & Stones, players compete for victory on the new Highland Games board in a series of tournaments in two disciplines: Cabre Tossing and Stone Throwing. In the tournaments you can only be successful if the athletes train hard – which is done by activating the new athlete tokens, which are placed on certain tiles and can move around in your territory. New tiles and clan markers make for exciting head-to-head races towards fame and fortune. 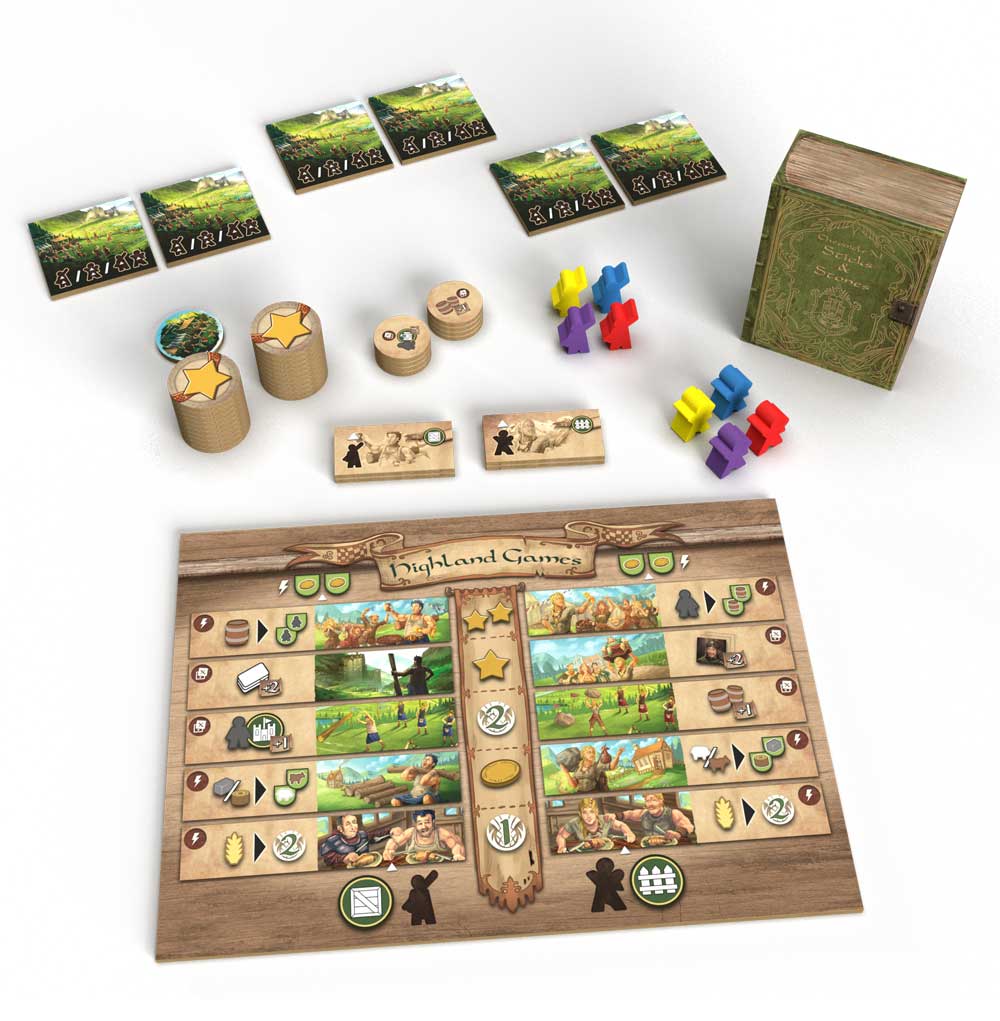 The winners of the tournaments collect fame tokens, which can provide victory points in a new scoring category, but also serve as currency for fame tiles later in the game.

In addition to exciting one-time effects (e.g. one-time resources or bonuses to the next round scoring) that can be won on the Highland Games Board, each player can also secure one of the special prizes per tournament. If you refrain from taking such a bonus in the hope of doing even better and getting a better bonus, then you should better be sure of it. A bonus that has been forfeited is no longer eligible in this tournament. And each bonus is only available to one player, including the coveted fame tokens.

Train hard, surprise the competition and return from tournaments with glory!