How the Automa works

Since “Wingspan” almost everyone knows the Automa Factory. Designers Morten Monrad Pedersen and David Studley, who specialize in designing solo modes, have managed to make games like Scythe, Tapestry, Gaia Project and Wingspan playable solo – and all this with a simple, easy to handle system. Chronicle IX includes the Automa for Glen More II: Chronicles and is called “Allenarly”. This is old-schottish and means “alone”.

“Normally publishers come to us, but we reaaaally wanted to make Glen More II playable solo, so we pestered Funtails until they to let us do it.” – Morten Monrad Pederson, founder of Automa Factory

The core of the Automa system is a deck of cards, which in the case of Glen More II also contains cards to make a large number of Chronicles playable. When it is the Automa’s turn (in our case called Lady Auto MacNificent and shown as the central figure on our cover), the top card is turned up and dealt.

This does not simulate a whole, normal move of a player – which would be much too complicated – but a shortened move is played. Lady Auto MacNificent uses a clever system to find the tile that matches the current strategy from among the next 3-5 available tiles and receives the earnings directly, e.g. in the case of a trading tile, the victory points of the specified value. With a tile with a whisky symbol, Lady Auto MacNificent simply collects two casks of whisky on the Automa Board provided. 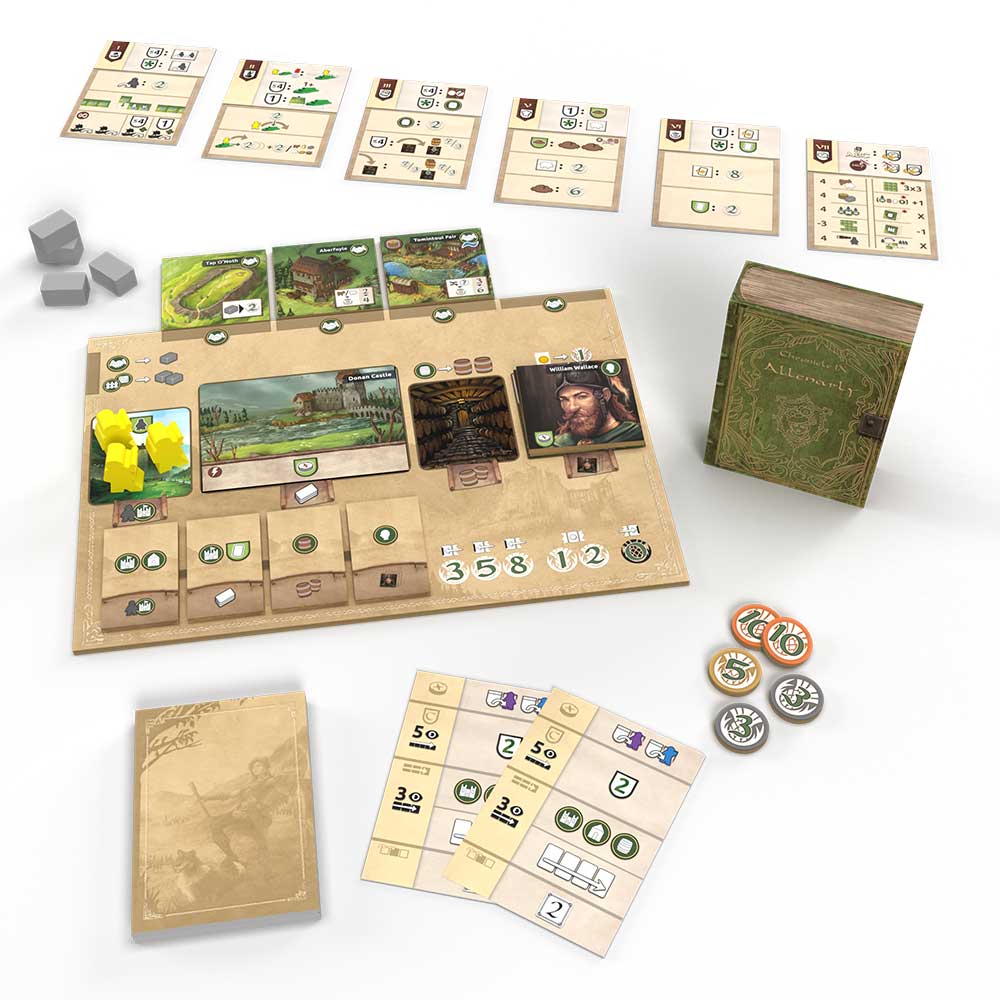 However, the trick is that the priorities with which Lady Auto MacNificent searches for matching tiles change after each score. This means that the categories in which she is the leader are strengthened to keep her lead.

At the end of the game, resources collected are exchanged for victory points and the winner is determined. In order to offer each player an easy start and a permanent challenge, the Glen More II Automa offers a total of five difficulty levels.

“The Glen More II Automa has been a passion project for us. We knew that supporting so much different chronicles would be a huge challenge, but we’re crazy like that.” – Morten Monrad Pederson, founder of Automa Factory

The development of the Automa for Glen More II started already at the end of 2019 and ended now with countless test games to make the balancing perfect. Now you can always challenge a worthy opponent, even in times of social distancing or in the middle of the night. We wish you a lot of fun!

You can also register for an automa-tic notification by visiting the Kickstarter site.